The Red Star Martyrs return with the 2nd EP on Dubophonic. This time the UK musician and producer Stanley Wood unleashes the herbal energy of tea, brewing some special blends, mixing the finest musical flavours of Europe, Jamaica, Orient and Occident in a tasty and relaxing chill out drink. Alongside with him, many artists from the Dubophonic netlabel family. Ibel, The Dubbstyle, Mr Mefistou and Koncrete Roots prepared their own special recipes and are ready to serve their exclusive versions of Stanley’s riddim. So, sip your cup and let the journey begin. The EP starts with the taste of mint in our mouth, as the oriental vibes flow inna mystical way in the atmosphere. The river of tranquility passes right in front of us, as we embark in a journey, that sets our mind and soul in a perfect balance. The magical voice of Ibel guides us ina Rub-a-dub journey of irieness, as he prepares his special Jamaican blend of tea, served in two different mixes.
………………..
…………………………….
…………………………………
………….
………………………… The sounds of the far east travel to Argentina where mint receives a special treatment by the Dubbstyle, being mixed with the yerba mate leaves, only to be transformed into a antioxidant and cholesterol-lowering beverage, cleansing the body from all Babylon diseases. The logical outcome is the cleansing also of the mind and Mr Mefistou uses his double ethnic background and adds for the next recipe a touch of flamenco style guitar mixed with a New York influenced sound.

Finally our herbal beverage returns back to the country it started its journey, only to be chilled in the fridge and to be served with ice by the Koncrete Roots inna special dubplate style. Once we are cleansed, in body and in spirit, we can enjoy the last cup of tea served exactly at five o’clock by Stanley Wood himself. Give thanks for that wonderful journey!

After the success of the latest release by Samson Sounds, DubCombe Records sticks around the block to discover one more talent that Glasgow has to offer. Argentinian-Scottish naturalized, MAXIROOTS joins forces with the Edinburgh based independent dub label to present his first solo EP ‘See No Light”. It is with great pleasure that we are presenting here a first taste of this exciting new release, available from the 1st of MARCH on
DubCombe Records

“Maxi Roots here presents a diverse EP of full-frequency electronic dub, influences from electronica & bass music can be heard alongside old-skool dub, all mixed up dark and deep to great effect. Looking forward to hearing more from this promising new producer. BIG UP!!!”

Born in Buenos Aires Maxi has been involved in many different projects both as bass player and sound engineer for a number of years. Following his move to Glasgow in 2008, he started one of the most successful reggae/dub bands in Scotland – The Mezzanine Allstars (former Captain Slackship’s Mezzanine Allstars). He has since shared stages with legends such as Lee Scratch Perry, Toots and the Maytals, The Wailers, and Jimmy Cliff among others. Over the past six years, Maxi’s deep involvement in the Scottish dub scene gave him opportunity to engage with few of the names he always considered great influences of his style, names of the caliber of Mungos Hi Fi, Vibronics  and Zion Train  to name a few. This lead to a sick addiction for the BASS (and it’s not just the instrument we are talking about!).

This was of great inspiration, encouraging Maxi to move into production and forge his own sonority under the name MAXIROOTS. Following nearly three years of preparation and road testing around Scotland, Maxitoos finally sees his first solo  EP –  See No Light – taking shape and form with DubCombe Records, an independent net label from Edinburgh/Rome, dedicated to those who love Dub music and its derivatives.

The year 2014 starts with some new dubophonic heights from the Koncrete Roots, a one man project by Thomas Kenney from Leicestershire in the East Midlands of England.

From an early age Thomas would listen to a huge amount of music, though he would always favour the sounds of Ska and Reggae. Music was always in his blood and he began producing back in 2004 under a different name. The music he was making at the time was a reflection of the scene around him; hip hop and grime. It wasn’t until later in life, when he was introduced to (and fell in love with) Dub music. that he started to take his own music seriously and started to develop his own sound and style.

Koncrete Roots’ style can be described as a deeply rooted dub sound with a modern day steppa twist. This twist makes all the difference and gives an electro dubness to their traditional rootical sound introducing some great vibes to the massive, as we enter into the new year.

From the meditative “River Jordan” to the rootical  electro steppas like ‘Inity Step” and “Sound Killah”, Koncrete Roots deliver their message of dubness and irieness into the year 2014.

Not withstanding his versions of two old time classics, the UK producer seems like a sound warrior, armed with deep basslines and organic melodies like in “Universal dub”, marching to destroy Babylon on his way to Zion. 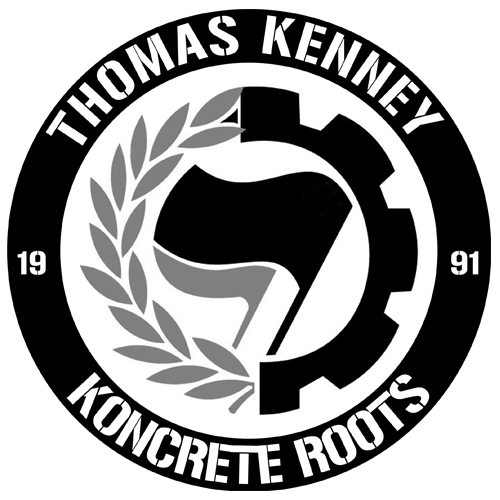 “United we stand, together we move forward.